Share buttons are time savers. But if the links you’re sending out to Twitter and Facebook don’t get any likes, reads or comments, does it really matter?

Lately I’ve been experimenting with giving each link share a little facelift.

Each time a new piece of content publishes for a client, I like to spread the word. Instead of clicking the share button and blasting the auto-populated article title and URL across the web, I edit the post.

Sharing the same identical post four times over the next week on Twitter is boring, so I like to give my readers variety. For each published article, I create three to six social media posts.

This method has helped drive interests and engagement, especially on Twitter.

I’ll pull a line from the intro, and turn it into a quote. Or, do the same with a wrap-up sentence from the end of the piece. Sometimes I grab an interesting stat or fact and run with that.

Other times, I’ll pick a curiosity-seeking sentence, and let it trail off.

And photos? Mix those up too. Just because a share button pulls the main image into the post, you don’t have to use it. Try secondary images, charts or logos to make the post look unique.

Going Beyond The Article Headline

These tweets from Monday point back to two articles about entrepreneurship and workplace perks. By presenting the post various ways, I gain more readers than always tweeting the same headline and URL combo.

The use of “My”, capitalizing energetic words and adding a smiley to the post makes it feel like I’m talking directly to the reader, not just sharing another retweet of one of my articles.

Here’s an example of pulling a line from the article itself, rather than posting with article title as the main tweet. This post also uses the trailing sentence, to hopefully spark some curiosity.

Finally, here’s a pre-scheduled tweet sent to Twitter from my Buffer account. I love the big image. It makes the post look different than the previous styles, and if the image is dramatic, it could draw lots of readers.

You know you’re going to share your work online more than once, so why not mix it up and reach a greater audience? Your readers get tired of seeing the same article presented to them over and over again, especially if they weren’t interested in clicking on it the first time.

Offer a little variety and you might reel in the most selective of readers — and gain new fans.

Never miss another post from Web Writing Advice. Get email updates once a week by subscribing. As a bonus, I’ll send you my free e-book, “18 Ways to Increase Online Writing Productivity and Earnings”. Click HERE.

Hi! I collaborate with content marketing companies, SEO agencies and media publishers on their web content production. I utilize my background in print media journalism to write, research, conduct interviews, fact-check texts, follow client-focused style guides and meet deadlines. I strive to create content that fits seamlessly with your company’s marketing and journalistic goals by aligning with the audience and voice you prefer. Connect with me on Twitter @AngelaTague. View all posts by Angela Tague 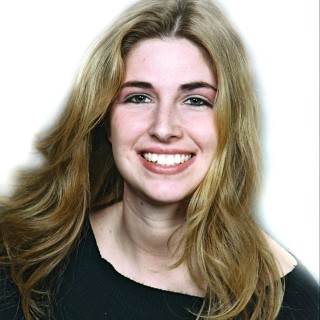 Hello! I'm a blogger, brand journalist, influencer and all-around wordsmith writing marketing content behind the scenes for brands including Tom's of Maine, Walmart, Cura Global Health and Purina. If your content marketing agency is looking for a writer, let's chat at angela.tague@yahoo.com today!

Loving my advice? Thank you!